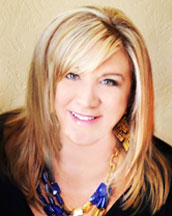 Ms. Self was on the President’s and Dean’s Honor Rolls at the University of Oklahoma where she earned her Juris Doctorate in Law and her Bachelor of Arts in Public Affairs and Administration. She also studied law at Oxford University in the United Kingdom. Ms. Self was a member of the honor legal fraternity, Phi Delta Phi, and was the pledge class president of her sorority in undergraduate school. Ms. Self is named in “Who’s Who: American Law Students.”

While attending law school, Ms. Self owned and operated her own business, while at the same time working as a judicial law clerk, and later as a criminal prosecutor with the Oklahoma County District Attorney’s office. As a law clerk, Ms. Self researched and prepared judicial opinions for administrative and criminal appeals. At the District Attorney’s office, she litigated negligent homicides, DUIs, probation violations, and white collar crimes.

Ms. Self later became an Assistant Attorney General where she worked on complex multi-state antitrust, bankruptcy, telecommunications, consumer fraud, and white collar fraud litigation. Ms. Self served as lead counsel for the 26-state National Association of Attorneys General working group in the WorldCom bankruptcy in New York, and the related criminal prosecution of WorldCom in Oklahoma state courts. She also served on the Oklahoma Inter-Agency Bankruptcy Fraud Task Force comprised of officials from the IRS, FBI, DEA and other law enforcement agencies. While on the Leadership Council of the National Association of Attorneys General multi-state insurance group, she helped draft legislation with shaped the National Association of Insurance Commissioners interstate insurance licensing compact. Ms. Self served as liaison with the Oklahoma Department of Insurance for various matters of consumer interest, and on many multi-state working groups and legal teams which revolutionized consumer rights in the wireless, telemarketing and telecommunications industries.

Before opening her own practice, Ms. Self practiced with an insurance and entertainment law firm in Nashville and served for many years as the Chief Legal Counsel (General Counsel) to nationwide insurance and medical management companies with employees and operations throughout the United States. She most recently served as Chief Counsel for Claimetrics, a division of Express Employment Professionals – the nation’s largest privately held temporary staffing agency with over 300,000 employees in 50 states and four countries. Additionally, she headed up the legal departments at Humana Workers’ Compensation Services, PCA Solutions, Hallmark Management, and Sterling Dental Services.

Business start-ups, operations, licensing and regulatory compliance are key components of her practice. Throughout her career, Ms. Self has acquired thousands of business, professional and insurance licenses on behalf of her clients. She has also been licensed as an insurance agent, adjuster, third party administrator and managing general agent in her own right.

As the Chief Legal Counsel to several start-up companies, she architected the legal departments from the ground up. While leading these legal departments, she also directed the Compliance, Human Resources and Risk Management departments from time to time. As a result, she developed a wealth of experience in employment, insurance, medical management and regulatory law. She has represented numerous employers and employees in unemployment benefit hearings, labor board hearings, drafting employee handbooks, developing employee benefit plans, ERISA law, EEOC claims and employment discrimination litigation.

She is now the owner and operator of Self Legal Group, a family law and divorce attorney firm in Oklahoma City.

As an aggressive advocate for individual rights, Ms. Self also concentrates on providing legal services to individuals in the areas of bankruptcy, family and estate planning matters. Because of her vast background in business and insurance law, Ms. Self is often called upon to handle such matters for business owners, medical professionals and individual clients with complex legal needs.

PAST AND PRESENT MEMBERSHIPS, CIVIC AND COLLEGE ACTIVITIES