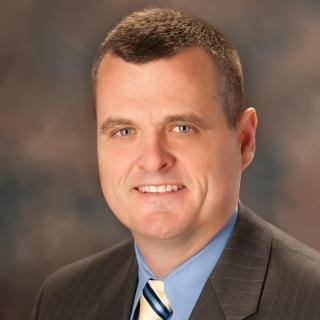 Bill owned and operated a successful general solo practice in Danville, Kentucky for 11 years prior to relocating to Oklahoma. While in Kentucky Bill practiced military and civilian family law, personal injury law, criminal defense, bankruptcy and general civil litigation. Bill also served as an assistant prosecutor for the Kentucky 50 th Judicial Circuit prosecuting felony cases. Bill was admitted to the practice of law in Kentucky in 2010 and in Oklahoma in 2021.

Prior to becoming an attorney Bill was a Navy fighter pilot and instructor pilot who flew combat missions during operation Desert Storm. During his military career he was promoted multiple times achieving the rank of Commander. After the terrorist attacks on 9/11 he was asked to return to active service to support the Global War on Terrorism. During this time, he worked as an Aviation Intelligence Analyst for the Office of Naval Intelligence in Washington, D.C. He left military service in 2005. For his military service he was awarded the Air Medal, Navy Commendation Medal with “V” for Valor, Navy Achievement Medal and numerous unit and campaign ribbons.

Upon leaving active duty in 1996 Bill accepted a position as an airline pilot for United Airlines while continuing to serve as a Naval Reserve F/A-18 pilot. In addition to serving as a Captain he is type rated on the Boeing 747-400, Boening 737-300/500 and Airbus A-320. In 1998 he was selected to be an instructor pilot training transitioning pilots at United Airlines Training Center in Denver, Colorado. Bill left aviation in 2005 to pursue his legal career.

Bill is a graduate of Salmon P. Chase College of Law in Highland Heights, Kentucky where he graduated with honors. He is a member of the Kentucky Bar Association, Oklahoma Bar Association and Airline Pilots Association.

“I have been fortunate in my life to have been given the opportunity to have some incredible experiences all of which have made me into the individual that I am today. I rely on the lessons learned from those experiences and apply them to my legal practice. Honor, sacrifice, attention to detail, responsibility and hard work are just some of what these experiences have taught me and I am proud to use them to help my clients no matter what their legal issue is.”