Divorce unfortunately a very real part of life. Over the last thirty years, there has been a dramatic increase in the amount of divorces among couples. Though the reason for this trending pattern is not necessarily known, there has been a steady rise of couples breaking up all over the United States. It has been reported that 40–50 percent of married couples eventually divorce. This daunting statistic is troublesome, especially when there isn’t a lot of direction for people going through a divorce. It may seem surprising, but a divorce is not as easy as just being married one minute, and not the next. There are actually a number of steps that you must complete before you can be officially considered divorced. Legal processes vary from state-to-state, so the best course of action once, you decide to get a divorce, is to look up your local divorce procedures. However, if you live in Oklahoma City, the following blog is a step-by-step run-down of what you should do in order to become lawfully divorced.

When applying for a divorce, the first things you must think of are the assets and dependents who rely on you to make payments or care for. In the case of dependents, such as children, the easiest and painless the divorce is — the better. Quarrels over ownership is the fastest way to make a civil separation turn into a full blown blood bath. Keeping things simple and easy will help you in the long-run make a clear separation. So, in order to make the process easier, make a list of assets and dependents. Make sure that you compile the appropriate documents to secure items under your name.  While collecting and listing things in your name, it would be wise to hire a divorce attorney that will be able to represent you. Though, in theory, you could represent yourself in divorce court; any disputes over the custody of a child, could make the divorce case last longer and become escalated. With an attorney who has your best interests at heart, you will never be caught off guard by legal curve balls or surprises your ex-spouse may have in store for you. 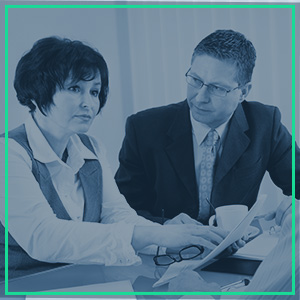 Step One: Filing a Petition

The first step for getting a divorce is you must file and sign an official petition. The petition states that both parties willingly consent to a divorce, however only one party is responsible for officially applying for the divorce. Another reason why a divorce attorney is a good idea for your divorce case is that an attorney will be able to inform you on your state’s divorce laws. For example, states can differ on their “fault grounds.” This accusation can be put down by the person filing for divorce on the grounds that their spouse has committed adultery or abandoned the relationship. In this case, divorce can be granted. However, fault grounds is only applied in certain states. In other states, fault grounds do not exist but are substituted as “irreconcilable differences.”

If one spouse depends on the other for financial support or, at any time, will have custody of any children, they must ask at their divorce court hearing if they can have a temporary order for continued support and custody. This is applicable to spouses that have been stay-at-home parents with no individual income. If you are a stay-at-home parent, say a mother, you would need to file a temporary order for support and custody. Aside from these orders, you would have to file a temporary order for child support from the opposing spouse — the one who has a reliable income. Your divorce lawyer will be able to tell you where and how to file order documents.

Negotiation takes place in order for both parties to reconcile their differences and create a custody schedule that works for them. This is most often referred to as a “settlement conference,” as each party attempts to resolve issues and make a clear and fair separation. If disputes over custody cannot find an even ground, the two parties may go to court or have an official evaluation by a social worker.

Going to court is not the best option for couples who are wanting a painless divorce. Going to court often will make the separation process longer and will cost more money than just negotiating custody and basic desires of property. In a perfect world, all divorces would be civil, quick, and easy; but this is not a perfect world. In some cases, parties cannot agree on anything, which only draws out their official, legal separation. If you are currently considering divorce or in the process of it, it is wise to hire a family divorce lawyer, especially if you believe your case has the chance of going to court. An attorney will be able to help you get the representation you deserve and aid you through the legal submission processes. If you are interested in professional representation for your divorce, contact Women and Children Law Center of Oklahoma City. We will be able to make your divorce as easy and painless as possible. Contact us today!