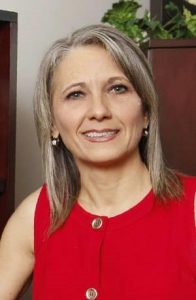 Ms. Bays began her legal career with the Oklahoma Insurance Department (OID). While employed at the OID, Ms. Bays represented the agency in a variety of individual proceedings pursuant to the Administrative Procedures Act. She was responsible for drafting proposed legislation and administrative rules. Additionally, Ms. Bays served as a continuing education instructor.

Ms. Bays later became the first Policy Attorney for the Oklahoma Office of Personnel Management where she focused on employment policies and practices.

Ms. Bays’ commitment to public service continued in her capacity as an Assistant Attorney General where she represented the Oklahoma Department of Consumer Credit in its protection against unfair practices and the J.D. McCarty Center in its provision of rehabilitative care to children with developmental disabilities. Litigation on refinancing consumer loans took Ms. Bays before the United States Supreme Court where the favorable decision resulted in millions of dollars in refunds being returned to overcharged borrowers. Additionally, as an Assistant Attorney General, she researched and authored Attorney General Opinions.

Ms. Bays returned to the insurance industry and counseled insurance companies (life/accident and health, and property/casualty), insurance agencies and third-party administrators with business throughout the United States. Operations, corporate governance, and regulatory compliance are key components of her practice.

Ms. Bays previously practiced family law with Debbie Self and Brooke Holman before associating with Self Legal Group.

Ms. Bays is a member of the Oklahoma Bar Association and is licensed to practice before the Eastern, Northern and Western Districts of Oklahoma, the Tenth Circuit Court of Appeals and the United States Supreme Court.

On a personal note, Ms. Bays was born and raised in South Oklahoma City and now resides with her husband, Bill, in Edmond. They have two daughters, Alex and Jordan, and they are members of Southern Hills Baptist Church.